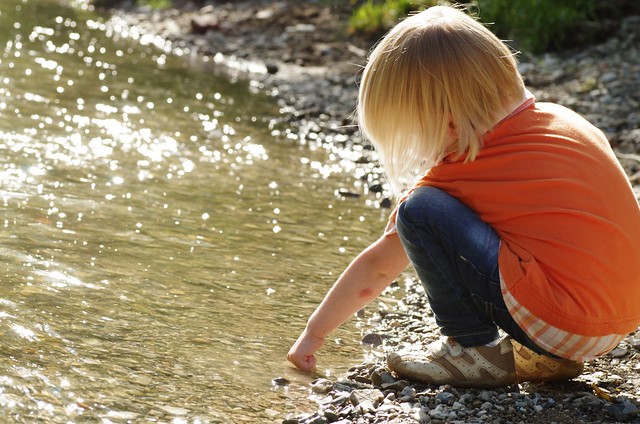 I’m looking at her and she’s just a kid;

Wide-eyed, braid at side

Looking bright to her future.

Tell me baby girl, about your tales and mysteries.

About your unicorns, your friends in the wood

The monsters you hush because they’re just misunderstood

Figments of an ordinary mind

Cut on the bias and sped up with time.

Twirling pearls and running from the other girls.

Bred to be solved and foretold and dressed down with marigolds.

Caught in that land of in between

More ordinary than ever before

Though she looks intently through the screen

At fireflies playing and swears they call her name

Begging to take her elsewhere, where she too can play the game.

Outside her window by the boy and Mary-Jane.

Arguing with the landlord through the door

About how she’ll pay rent, she knows it’s due

But it’s so hard playing the game when you’ve got a dream to make come true.

An ordinary life, this she can’t stand

I know it will get better for you,

She’s begging and crying that it’s got to stop

“I’ll do anything” she pleas.

How did you bask in ordinary?

How did you remain unchanged?

When all I did was point you in the direction

Of tall tales and mysteries

And fireflies and their games.

She’s forty-three and it had to stop

So she packed up shop and left the rock

And set sail west to find the wind;

The unicorns, the hum of the engine

Where at its shores lapped mirrored crests

Of waves carrying with them whispers

ALSO FIND ME ON